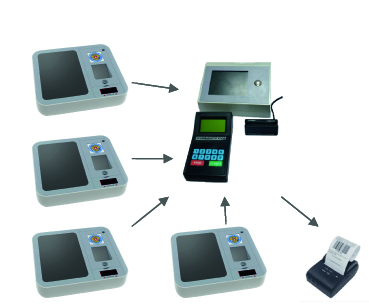 The hardware kit is designed to conduct electronic voting of voters at their location, including outside the electoral district where they can vote, automated registration of votes cast and generation of data on voting at a digital poll.

The kit can include at least 4 ballot scanners scalable to 16 devices. The scanner platform is based on modern programmable 32-bit microcontrollers. The use of a dedicated architecture avoids the risks associated with the use of public operating systems based on general-purpose computing architectures. The microcontroller program is recorded one time in a controlled environment during the terminal assembly, which makes subsequent intervention in the program impossible, in particular, at the poll.

Scope of Application: The e-voting system can be used for all types of elections.